Giuliano Mignini is a Convicted Criminal (Part 2: Video from King 5 in Seattle) 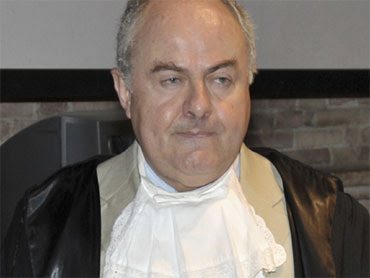 Knox was convicted of murder in December and sentenced to 26 years in prison. Her conviction was a personal victory for Mignini, who is the Public Minister of Perugia and a powerful prosecutor.