The Italian justice system should get rid of Mignini 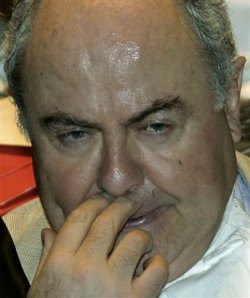 Prosecutor Giuliano Mignini has now been convicted by a court in Florence of abusing his official powers. He has been sentenced to 16 months in prison, but, as is usual in Italian criminal justice, he is free to live his life and practice his profession while the appeal is heard.

Mignini describes the charges against him as technical and hard to understand. In fact, they spring from specific acts in which he abused the power of his office.

The story has its origins in a series of shocking murders committed during the 1970s and 80s by someone whom the press dubbed the Monster of Florence (MOF). Young couples, who had parked in a remote place to have sex, were shot with a pistol. The bodies of the women were grotesquely mutilated after they were dead.

Crime experts recognize the MOF murders as the work of a particular kind of sexual deviant, one whose best-known precedent is Jack the Ripper. Mignini, however, is no crime expert. He is a crackpot who sees the world through a veil of ignorance and superstition. He got involved in the MOF case while investigating the death of a Dr. Narducci, whose drowned corpse was found in a lake near Perugia. In a flight of pure fantasy, Mignini concocted a theory that linked Narducci's death to the MOF. The essence of his theory is that the MOF killings were done by assassins who were paid to procure body parts used in the rituals of a Satanic cult. Dr. Narducci belonged to this cult, but he had become a security risk, so other cult members decided to kill him and make it look like an accident or suicide.

This theory attracted widespread and well-deserved ridicule. Among Mignini's critics were author Doug Preston and his Italian writing partner, Mario Spezi. Preston was living in Italy when he and Spezi came up with the idea of doing a book about the MOF. They realized that Mignini's theory was preposterous, and Spezi said so publicly. In response, Mignini forced Preston to leave the country and ordered the police to bug Spezi's car and ransack his office. Eventually Mignini arrested Spezi and threw him in jail, which attracted the ire of a human rights group, the Committee to Protect Journalists. After three weeks, a judge ordered Spezi's release despite Mignini's vehement objections.

This conduct forms the basis of the criminal charges for which Mignini has now been convicted. The matter has attracted attention outside Italy because Mignini also led the Meredith Kercher murder investigation. His theory in that case is as far-fetched as his speculation about the MOF. In his closing argument at the trial of Amanda Knox and Raffaele Sollecito, Mignini told the court that Amanda spearheaded the attack to "take revenge on that prissy girl" and taunted Meredith by saying, "now you'll be forced to have sex."

In fact, there is no evidence that Amanda uttered these improbable words or harbored any such thoughts. No one has ever claimed that Amanda displayed the slightest hostility toward Meredith, either directly or in conversation with others. But evidence is not important to Mignini. He solves crimes simply by using his filthy mind to imagine what might have happened.