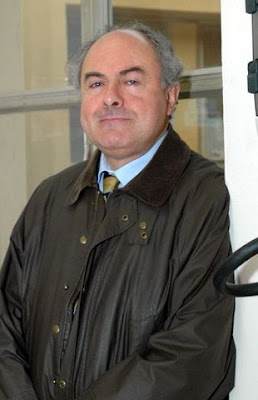 Boy oh boy. This is really the case that just keeps on giving isn't it? Just when you start to think things can't get more ridiculous, something always seems to up the ante.

In January of this year, Giuliano Mignini actually sued the West Seattle Herald after the paper reported on an Amanda Knox fundraiser in Seattle. The quote he sued over?

"Amanda supporters say he is using the high-profile Amanda Knox case to improve his dicey reputation and further his career. They say some in both the American and Italian legal field believe Mignini is mentally unstable."
Now, obviously this isn't the most flattering characterization one would want written about them. However, to actually sue a newspaper for quoting what someone else said (read the sentence: 'Amanda supporters say...../'They say') is beyond silly. The very fact that this was a suable offense in Italy, a first world country, is laughable.

The current quote that irked Mignini was published in an Italian newspaper. Here it is in its entirety:

"The Meredith Kercher murder is one of those mirrors that reflects the prejudices of whoever is looking into it. There is no physical evidence and no credible motive, and yet an egotistical prosecutor is blaming Amanda Knox anyway. In the USA, this would only happen if she were black. Perhaps partying American college kids are so hated in Italy that Amanda will be treated as blacks are treated in the USA, and she will be convicted not because of the evidence but because of general resentment of shallow rich Americans. Personally, from what I've read I don't like Amanda Knox. She sounds spoiled, naive, and shallow. But that's not a crime. I loathe the prosecutor, who has a counterpart in every city in the USA - a preening, intellectually dishonest bully who cares more about making newspaper headlines than in serving justice. It's the same all over the world. Power and prejudice are the enemies of justice."

Apparently Mignini considers this criminal defamation. I'm no expert in Italian defamation law, but its hard not to argue that if this quote is considered defamation in Italy, then something is seriously wrong in that country. Again, similar to the West Seattle Herald story, what was said was certainly not flattering; however, the statements concerning Mignini are entirely subjective opinions that can't be proven either way. Specifically, Cottonwood refers to the prosecutor as "egotistical", "preening", and an "intelectually dishonest bully" who "cares more about making newspaper headlines than in serving justice".

Can one imagine how moronic a defamation proceeding would look like in this situation? As "truth" is usually an absolute defense in defamation cases, a court's time would be wasted by having judges determine whether in fact Mignini is an egostisitcal, preening, and intellectually dishonest bully--a claim impossible to prove lest scientists are able to develop a machine capable of reading Mignini's mind. It's fair to say that is not going to happen.

The ridiculousness in Perugia continues.