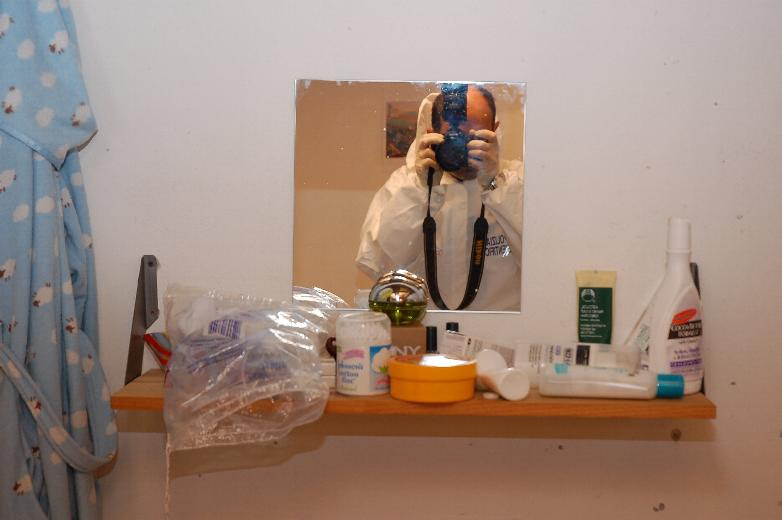 Absence of Evidence is Evidence of Absence
The Amanda Knox/Raffaele Sollecito case isn’t really about (the alleged) evidence, it is about lack of evidence—evidence that would have to be there if Knox and Sollecito participated. A shooting victim has an entry wound. That is evidence. If you tell me you have a shooting victim, but there’s no entry wound, the lack of evidence shows your theory to be impossible. No entry wound→ no evidence→ no shooting. A complete case consists of not just what’s at the crime scene, but what’s not at the crime scene. This is simply basic investigation: Investigation 101. The prosecutors and investigators in this case simply ignored the implications of what they could not find.
In the Amanda Knox/Raffaele Sollecito case, we have a conflict between an implausibly small amount of highly suspect “evidence” that is alleged to be at the scene vs. a vast amount of missing evidence that would have HAD to be at the scene if Amanda and Raffaele had participated at all, and even more so if they had participated in the way the prosecutors allege. While the prosecution’s evidence is scant, contrived and likely non-existent; the mountain of missing evidence is absolutely overwhelming and compelling. And they both can’t be right because they are mutually exclusive.
If Amanda and Raffaele had actually killed Meredith in company with Rudy Guede, the following evidence WOULD have been there:
BLOOD TRANSFER
1. Meredith’s room would have been filled with the bloody footprints, handprints and smears of THREE PEOPLE, not one.
In the world of homicide (and other) investigations, law enforcement officials and prosecutors use the word “transfer”. Transfer is what it sounds like; the transfer of physical evidence from one person to another. Transfer is especially prevalent in murders (especially by stabbing) and rape. The nature of this case indicates that it would have the MOST transfer of any type of case.
2/3 of the required evidence missing, means 2/3 of the people were not there.
If the prosecution’s story is true, we are missing all credible evidence of the participation of, or even presence of Amanda Knox and Raffaele Sollecito in the cottage at the time of the murder.
With three alleged assailants, that would mean that 2/3 of the evidence is simply missing. Evidence of Rudy Guede’s presence and participation are everywhere; bloody footprints, DNA, fingerprints, palm prints, bodily fluids, hair and even fecal matter. Nobody; not even Rudy Guede disputes this evidence. How then can the total absence of evidence of any other person be explained? The prosecution cannot provide an answer.
The sheer volume of forensic evidence of Guede’s presence is overwhelming. Evidence of any other person’s presence or involvement could not be erased without wiping out that of Guede’s. Therefore, the room could not have been cleaned, and was not cleaned. This means that the missing evidence was not removed—it was never there.
Amanda Knox is alleged to be the person who stabbed Meredith Kercher. She would therefore have been in VERY close proximity to Meredith—well within an arm length. Blood spatter evidence at the scene is consistent with ‘projected’, or ‘medium velocity impact spatter (MVIS) blood stains which travel at between 1.5 meters per second (mps) and 7.5 mps. (That is an arm-length in ½ second). Blood was spattered several feet away from Meredith’s wounds. It is inconceivable that the person stabbing Meredith was not contaminated by blood spatter. Guede was.
Anybody holding Meredith (such as was alleged by the prosecution) would be within the spatter zone. Again; blood on clothes and skin. This would mean that both Raffaele and Guede would have had substantial amounts of Meredith’s blood on them as they were alleged to have held Meredith.
The volume of blood in a woman the size of Meredith is between 4 and 5 liters. Approximately 2 liters of blood loss results in death. That would indicate that at least two liters (a little over half a gallon) of blood was spilled on the hard-surfaced floor.
Nobody disputes that Meredith was fighting bravely for her life to her last breath. There were 46 wounds on her body consistent with such a struggle. With three persons wrestling and stabbing, it is impossible that contact blood transfer did not occur; on the feet, on the clothing and on the hands of any alleged perpetrator. Especially when fighting in the small confines of Meredith’s bedroom. And the footprints would occasionally overlap.
Guede stepped in the blood, Guede put his hand in the blood, Guede touched surfaces all around the room. Yet neither Amanda Knox, nor Raffaele Sollecito came in contact with any blood? This is difficult to conceive, as even if they avoided the large blood pools and spatters, it would be impossible to avoid stepping on the bloody (but sometimes latent) footprints left by Guede.
It is all the more impressive that examiners found latent (but non-blood) footprints claimed to be of Amanda all through the house….but NONE in Meredith’s room. This is an impossible result if Amanda had been involved in the murder. Against all of this missing evidence is a bra clasp that sat for six weeks in a pile of dust with a questionable DNA marking related to Sollecito, and a bloody footprint of Guede that the prosecution asserted to have belonged to Raffaele.