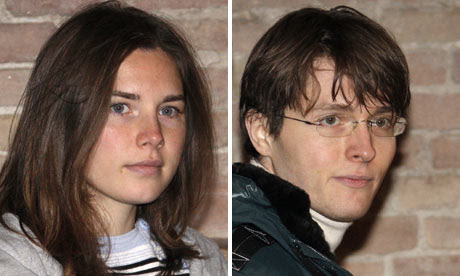 My name is Steve Moore; I retired from the Federal Bureau of Investigation (FBI) in 2008 after 25 years as a Special Agent and Supervisory Special Agent. My entire investigative experience was in the investigation and prosecution of violent crime, from murder to mass-murder and terrorism. In my last such assignment, I was the Supervisor of the Al Qaeda Investigations squad, following which I ran the FBI’s Los Angeles-based “Extra-Territorial Squad”, which was tasked with responding to any acts of terrorism against the United States in Asia and Pakistan. I have investigated murders throughout the United States and the world.

I do not know Amanda Knox. I have never met or spoken with anybody in the Knox or Mellas families. In my 25 years in the FBI, I had come to believe that if you were arrested, you were probably guilty. I never had a person I took to trial who wasn’t convicted. I was especially tired of guilty persons claiming their innocence.

I had heard snippets about the Knox case from the news, and believed that Amanda Knox and Raffaele Sollecito were certainly guilty. But then I began to hear statements from the press that contradicted known facts. Wanting to resolve the conflicts, I looked into the case out of curiosity. The more I looked, the more I was troubled by what I found. So I looked deeper, and I ended up examining every bit of information I could find (and there’s a lot of it). The more I investigated, the more I realized that Amanda Knox and Raffaele Sollecito could not have had anything to do with the murder of Meredith Kercher. Moreover, one reason that they were falsely convicted was that every rule of good investigation was violated.


Steve Moore is a retired FBI Agent who has 25 years of investigative experience. His experience includes the investigation and prosecution of violent crime, from murder to mass-murder and terrorism. Steve has researched the Meredith Kercher murder case extensively. I was very pleased when Steve accepted my request to write about his knowledge of this case for Injustice in Perugia. Steve has agreed to join our effort and will continue to work with us to set the record straight about this case. I would like to personally thank Steve for providing this invaluable information. Steve's expert opinion is one that comes from years of experience and one that must be respected when it comes to crimes of this nature.